The Many Sounds Of Sam Ray 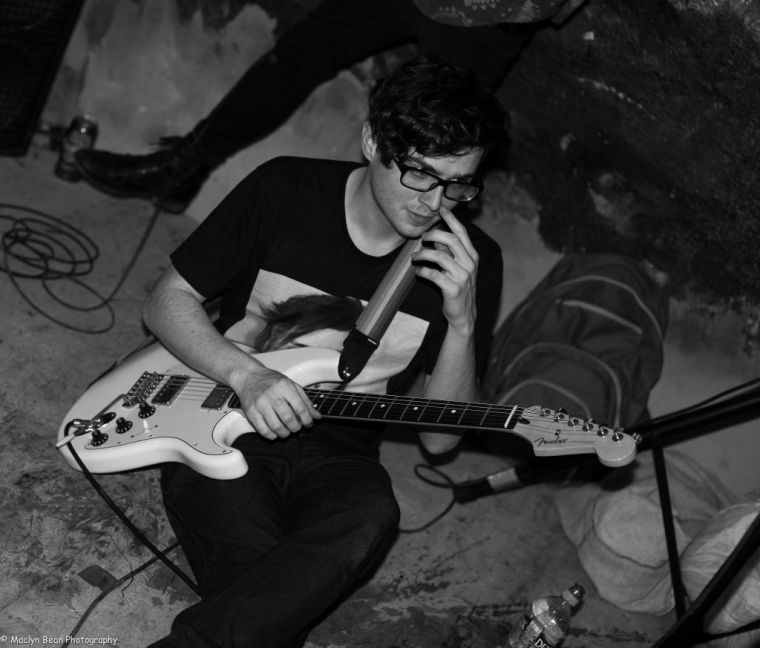 The Many Sounds of Sam Ray

Amidst the chilly winds of Maryland lies a hidden fountain of musical expression, churning out a dizzying number of projects under enough pseudonyms to make the average listener’s head spin. Through layers of noise, synths, drums and squealing electric guitar, Silver Spring native Sam Ray has made quite the name (or rather, names) for himself. However, due to the diversity and overall expansive nature of his discography, breaking into such a world of sound seems an almost impossible task. Below I have assembled the closest thing there is to a guidebook of Ray’s impressive musical chops. It might be long, noisy, and rather tedious at points. But through the static and impassioned wailing, it is truly a musical journey worth taking. 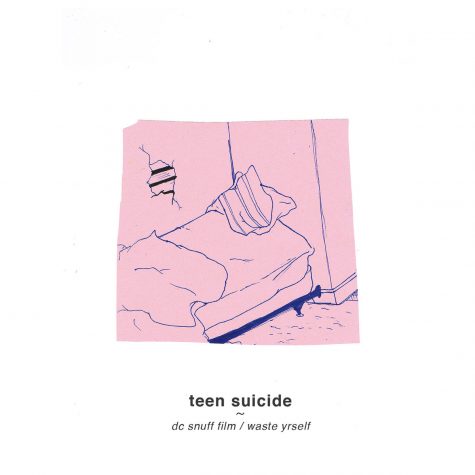 When covering the discography of Sam Ray, one would be remiss in not including this impressive record. Originally released on Bandcamp as 2 separate EP’s, d.c snuff film is a musical odyssey of sorts, tossing listeners relentlessly from scuzzy, angst-ridden pop punk into somber acoustic balladry and strange, extraterrestrial synth ambience. This record is absolutely a challenging listen for many reasons, most notably being the differing audio qualities from track to track.

The fidelity is all over the place within this record. Some songs, such as the anthemic “everything is fine” (stylized without caps, in true alternative fashion), are messy and full of noise, which almost obstructs Ray’s passionate yelling vocals. Others, such as the waltz-like “we found two dead swans and filled their bodies with flowers,” are completely crystal clear and stripped down to the bare, earnest minimum. Still others such as the haunting “salvia plath” are in a world entirely of their own, in which haunting piano plinks drift atop bouncing, gravelly drum machines and frightening lyrics about “swallowing broken glass.” d.c snuff film is absolutely not a typical musical endeavor in any way, shape or form. However, youthful exuberance, angst, and true honesty bubble beneath its crackling surface. Versatile, beautiful, and at times raw and explicit, d.c snuff film is worth your time. 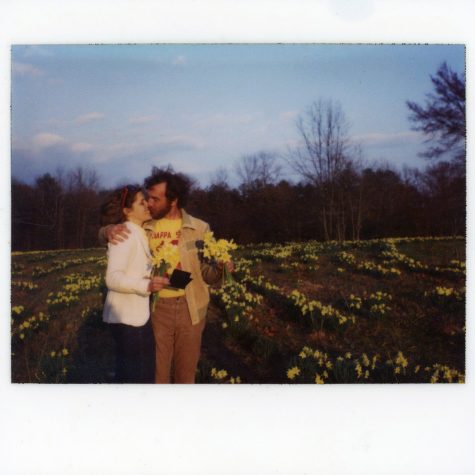 find the nihilistic angst of Teen Suicide anywhere near this record. There is no wailing or violence. All the screams seem to be silenced, and replaced by natural ambience. All the feedback is nowhere in sight, and instead ethereal piano lines and fuzzy synth tones float like leaves in a stream. This album sounds, at its core, like memories. Three Love Songs is a generous glimpse into Ray’s life and mind, and while it is chaotic and strange at times, there is no denying its beauty.

The album begins with a piece titled “There Is Only You In The Light And Nothing Else,” a 44-second ode to…well, who knows? Ray’s voice floats above a short piano line, musing over a dreamlike scenario in which nothing is clear and yet everything makes sense. Other tracks, such as the 7-minute “In Rural Virginia, Watching Glowing Lights Crawl From The Dark Corners Of The Room,” are more jarring. “In Rural Virginia…” sucks you in like a black hole of static, over which an AM radio preacher bellows of fire and brimstone, and of an angry God whom we defy in our own ignorance. It’s an unsettling listen, and not easy on the ears. Three Love Songs, despite its eccentric nature, is a beautiful testament to nature, life and more. It’s a beautiful collage of sound, and while it can be challenging, the payoff is worth it.

I wouldn’t consider this album, or rather E.P, essential listening in the world of Sam Ray. However, since it was one of my earliest exposures to Ray’s vast discography, I felt as though I needed to include it. starry cat is the only album released by starry cat, one of Ray’s shortest-lived monikers. This album was created in the wake of the breakup of teen s**cide, and amidst the creation of his little-known indie-pop group Julia Brown. Recorded to true magnetic tape, and brimming with the melodramatic romanticism that is typical of Ray, starry cat’s 9 short tracks are pleasingly fuzzy 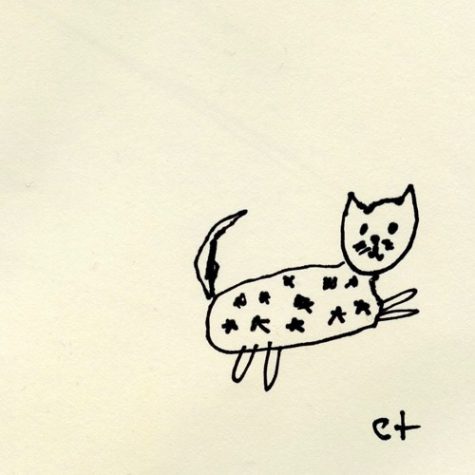 and bare. There isn’t too much sonic difference between the tracks here, and yet for once it doesn’t feel needed.

The opening track “Posession(Quiet)” is almost jangly in nature. Warm, acoustic guitars and Ray’s warbling tenor compete for airtime over a crashing drum kit, while lyrics about laying on a lover’s floor and feeling sick are quietly slipped into the listener’s ear like a secret that doesn’t make itself apparent upon first listen. Later tracks, such as “You’re The Reason I Believe In Ghosts,” are more synth-driven, with Nintendo-like square waves chugging along atop a light drum beat, all while Ray’s voice and gravelly answering-machine samples sweetly sway above it all. Distorted, endearing, and beautifully lo-fi, starry cat is a softer, calmer listening experience best enjoyed with a cup of tea and perhaps a walk outside.

American Pleasure Club- A Whole F***ing Lifetime Of This

If the noisy, abrasive rock of d.c snuff film was somehow pleasing to your ears, just as it was to mine, then American Pleasure Club’s album A Whole F***ing Lifetime of This is simply a must-listen. Created in the wake of teen s**cide’s breakup, this album explores themes of drug use, love, and nature in the typical eccentric Sam Ray fashion. The title track is a screaming wall of sound full of feedback and hopelessness, wailing out lyrics such as “Keep getting stoned and you’ll never be sad” among others. Barbed with an air of self-awareness, this track hits you like a bullet and doesn’t let go long after the squeals of feedback have subsided. Other tracks, such as “all the lonely nights in your life,”  are simply love songs, teeming with hope and affection over soaring acoustic guitars and lyrics about skipping class and loving someone. Lifetime is an easier listen as Ray’s music goes, but it isn’t without it’s challenging moments. Sample driven tracks such as “sycamore” slink by in a woozy haze, punctuated by noodly instrumental snippets and warped vocals, along with Ray’s voice punching through the mix in surprising clarity. Lifetime isn’t without its quirks and noisy moments, but it serves as a welcome moment of clarity within the Sam Ray discography and is absolutely worth a listen.

Julia Brown- to be close to you

Julia Brown, the lo-fi pop collective created by Sam Ray after the breakup of teen s**cide, isn’t exactly a sprawling project. It is not rough and scratchy, like American Pleasure Club. Nor is it ethereal, like Ricky Eat Acid. It does not scream. It does not wail. It simply…floats along. to be close to you is the first official album released by this collective, and at only 8 tracks long, it 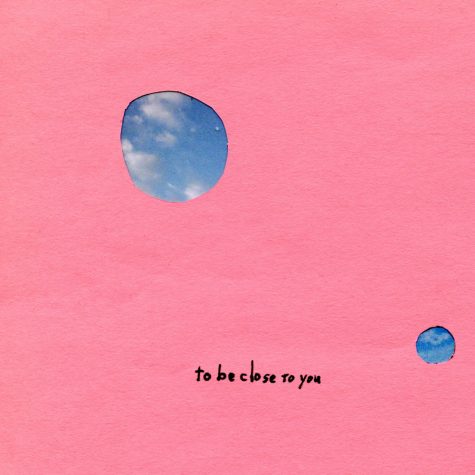 certainly doesn’t waste any time in reaching beautiful moments. The first beautiful feature that is prevalent throughout the record is the warm hiss of tape that softly sings behind each track. to be close to you was recorded directly to cassette, giving it a certain warmth that is almost soothing. Unconventional instruments such as a glockenspiel or harmonium are also used on this record, giving it a folksy familiarity that is enjoyable to latch onto. However, a certain sadness is intertwined within Ray’s soft vocals. Tracks such as “How I Spent My Summer” are almost painfully real, with heart-wrenching lyrics about addiction and laying in bed. Others such as “I’m Falling In Love” are refreshingly endearing despite their scuzzy quality. Clocking in at a little over 16 minutes, to be close to you isn’t the longest project Ray has to offer. However, it certainly isn’t without its share of lo-fi beauty, and is definitely good listening material for fans of Ray’s softer, quieter moments.

Sam Ray is a mad genius of sorts. Through these records and various other projects hidden throughout corners of the Internet, he has established an entire universe 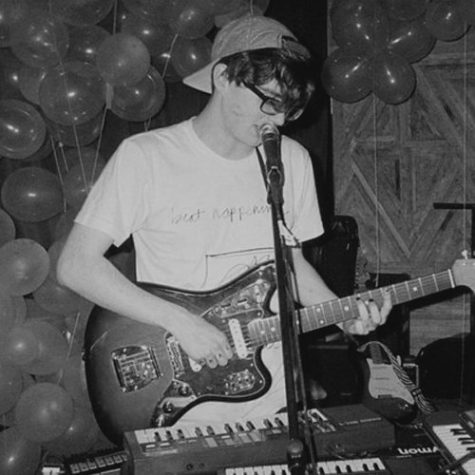 of sonic experimentation, which he can constantly change and manipulate as his art develops. Listening through it all is no easy task. However, despite the challenges, thousands of dedicated fans scavenge everywhere from Bandcamp to defunct Tumblr pages for even a single snippet of Ray’s eccentricity. Once you begin to tackle his many projects, you may find yourself feeling the same dedication that these fans feel as well. Beautiful, gritty, and painfully honest, Ray’s art is a challenge to break into. However, it is not without its rewards, and will be revered by many for years to come.