The Benefits of Playing Solitaire 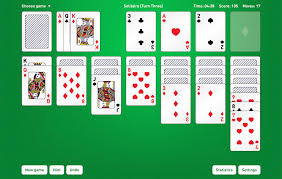 A new gaming-related trend has been sweeping its way across the freshmen of Jonathan Alder High School. No, it’s not Among Us. It’s the card game that first became available online in 1990, Solitaire.

The goal of Solitaire is to take the seven stacks of cards, ascending in length, and the draw pile of cards at the top of the screen and combine them into only four stacks, each one a different suit, aces on the bottom, kings at the top. The catch? The only other cards you can place on top of each other that aren’t in the ending four stacks have to be descending in number and alternating in color. Starting with kings and ending with aces, switching between black and red every other card. You could place a red seven on top of a black eight, but you couldn’t do the same to a red card of the same number.

Why would high school students be playing such an old game? Well, the short answer is this: it’s addicting. Jonathan Alder freshman Trisha Lennex says, “I enjoy playing Solitaire because it’s a relaxing, competitive game that’s also fun.” However, there are also many mental benefits that often go ignored when talking about Solitaire.

Solitaire trains many aspects of your brain and how you think, which translate outside of the game into real life. One of these benefits is sharpening your quick thinking skills. A large goal for people playing Solitaire online is completing the top four stacks in the shortest amount of time possible, forcing you to make quick decisions that will further you in your goal.

Another benefit is Solitaire also teaches you how to make the best decision for every situation. Occasionally, though not often, you will have to take a card from one of the end stacks and place it back on one of the original seven in order to place another card on top of it. This way of “one step back, two steps forward” thinking can become useful in your life by making yourself more comfortable with the idea of sometimes going backwards in your progress.

Players of Solitaire will also learn not to rush into decisions. Many a game of Solitaire has been ruined by moving a card too soon or choosing the wrong color king to start a stack. You learn to make good, quick decisions that don’t lead to your own detriment.

Jonathan Alder freshman Chloe Fields, an avid Solitaire player, had this to say about the game: “Solitaire is kinda like chess. It occupies your mind in a smart way without being boring. It really helps me think and pay attention when I’m hyper.”

The game is available to play for free online by simply typing “solitaire” into your preferred search engine, but if you would like your scores to be saved, Solitaire is available on both the Apple App Store and the Google Play Store.

Some helpful tips to improve your Solitaire score may be more obvious, such as placing your aces into the end stacks right away, but some tips are lesser-known. For example, it is recommended that you don’t leave an empty space if you don’t immediately have a king to place there. This ensures that you don’t have a bunch of empty space that you can’t use and can instead use the whole playing field.

Your first move in Solitaire should be exposing the top card of the draw pile to give you more cards to work with. You should also work on exposing the cards in the longer stacks first, to make sure you don’t get caught in a situation where the card you need is trapped underneath five other cards. If you can choose between different kings, the one you should place should work with more cards. If you have a red king, a black king, and a red queen, you should choose to place the black king and the red queen on top, to use more cards.

Once you learn the rules, and get the hang of the game, it quickly becomes a fun competition between yourself and others to earn the fastest score. My current best is 43 seconds! 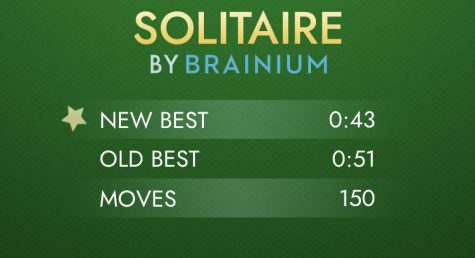