How to be an Informed Voter 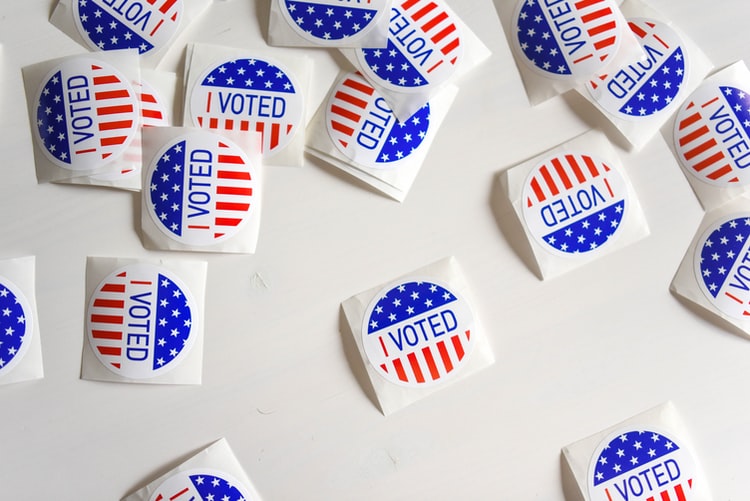 In the most recent election, more votes were cast for the two main presidential candidates than ever before. With record numbers of voters, informing people about candidates and issues has become more important. Members of the JAHS faculty have some tips on how to inform yourself and prepare to vote.

The next primaries may be more than a year away, but learning tips on how to learn about candidates and issues can be helpful to prepare. Government and Politics teacher Mr. Deeken says, “First and foremost, go to their website and their social media. The candidates themselves are going to say things about themselves, so figure out what they’re saying and what they’re talking about.”

Deeken also recommended using websites like Ballotpedia to find further information about candidates. “[Ballotpedia] can share with you things as basic as their party affiliation but it can also share how long they’ve been in public service and their voting records on things, because often what you’ll find on politicians social media or websites are things that they think speak to their base, or are positive in general, and they might not talk about things that are kind of unsavory,” he says.

While voters are likely to be familiar with national candidates, they may not be as informed about local issues or state and county-level candidates. Mrs. Loy, an AP Government and Politics teacher, says in an email, “A voter can go to the Ohio Secretary of State’s website [linked here] to learn about local candidates and local issues that are on the ballot.”  In addition to the Secretary of State’s website, Mrs. Schludecker, an AP United States History teacher, says, “I go to trusted and local news sources, especially because the local candidates I probably don’t know most about.”

Finding information about candidates is an important part of voting, but knowing where to look can be tricky. In her email, Loy says, “I like to use the Secretary of State’s website as well as Allsides.com and PBS.org; those sites tend to have less bias on them.” Loy also recommends staying away from strongly partisan sources. “Avoid… websites or publications that tend to lean to one side or the other and have a strong bias for a given candidate, issue, or side as well as sites that are not fact checked and anyone can post their opinions,” she says.

Deeken recommends a similar approach: “If you are going to watch a cable news network, like a Fox or a CNN that kinda gets labelled as partisan in any way, you might want to do a little comparing and contrasting for yourself.”

When looking at specific candidates, party identification is one of the most important factors for voters (for further reading on the topic, here is an article from the Oxford Research  Encyclopedia of Politics). Some qualities however, extend beyond political parties, Loy, Schludecker, and Deeken say.

“I think that each voter is different and focuses on what is important to them,” Loy says. “However, it is always good practice to try and look at each candidate’s background, track record, and agenda and try not to directly concentrate on party affiliation because there are good candidates on all sides.”

“I think one thing that is a turn-off for me personally is inconsistency without reasons for switching beliefs,” Schludecker says. “I remember initially hearing that Elizabeth Warren was once a republican, and she switched party affiliations, and my initial gut-reaction was ‘Ew, why would you do that?’ and I assumed the worst. And then I understood more why she did that, not necessarily that she was a candidate I supported later, but once I read about the research that she did and why she changed her party affiliation then I understood it more. So I think looking at people’s consistency, if they’ve been in public life.”

“So there’s almost hyper partisanship right now and that hyper partisanship kind of can distort what I’m about to say,” Deeken says. “but I’ve done a good mark of seeing how many times they do, if they have a history of voting… reach across the aisle. If they’re trying to pass things on a federal level like a spending bill, and they’re doing bipartisan support, that’s gonna tell you that this individual will have principles  that are either one side of  the aisle or  the other… but they are willing to listen to other people, and consider other people’s points of view,” he says. “That is the number one quality of a candidate, is their willingness to engage with everybody, because ultimately if you’re an elected official you’re representing multiple people that are different from yourself.”