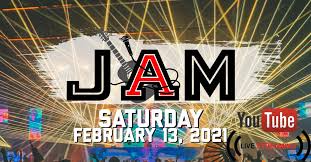 Throughout the year, the music department at Jonathan Alder High School hosts many fundraisers. The main fundraiser that most students that attend Jonathan Alder are excited for is JAM Fest. JAM Fest is a music festival highlighting many of the talented students from Jonathan Alder.

JAM Fest is a competition for students to compete for the best musical act. The students that attend this competition are judged on their overall performance and have the opportunity to win awards and cash prizes.

Jonathan Alder hosts this event mainly to raise money for the choir department and to support many of the students through the musical, touring, and other expenses.

Kristin Tillyer, who helps out with the music department talks about how they receive the money and other fundraisers that they host.

¨The funds raised by the festival come from ticket sales, silent auctions of donated gift baskets, and a public auction of other donated items like theater tickets, the chance to announce what musical  we will be performing, or hit Mr.Mayes in the face with a pie.  Because the event was virtual this year, we [were] not able to do these other fundraising activities and just offered viewers the chance to donate.  (we suggested a $15 donation)”

“The music Booster’s also have other fundraisers like the annual Band Show, Sugar Plum Lane (for Christmas cookies), a bi-annual mattress sale, and Dinner Theater for [the] opening night of [the] musical.¨ she said.

These fundraisers provide the main budget for the choral program and the money is used for many different things and goes to the music program specifically.

¨We use it for things like musical licensing fees, show choir traveling expenses, and other choir needs (like rehearsal mirrors or risers for performing),¨ Tillyer said.

¨ We use funds to provide field trips for the junior high and Canaan kids, class trips for the high school, things like the trailer that transports show choir sets and band equipment for away games, rehearsal mirrors for musical and show choir, awards and recognitions for band and choir students, Band Thanksgiving and feeding the musical cast and crew, senior nights, and purchasing new band uniforms and instruments like timpani, sousaphones, and french horns,¨ she said.

Due to Covid-19, this year, JAM Fest was hosted online through a live stream found at their website on February 13, 2021. The goal for this year was $3,000, but thanks to all of the supporters, JAM Fest was able to raise $3,670. The music department continues to host their many fundraisers such as the Musical Dinner Theater Fundraiser coming up this spring.