The Equality Act passes in the House of Representatives, waits for Senate vote 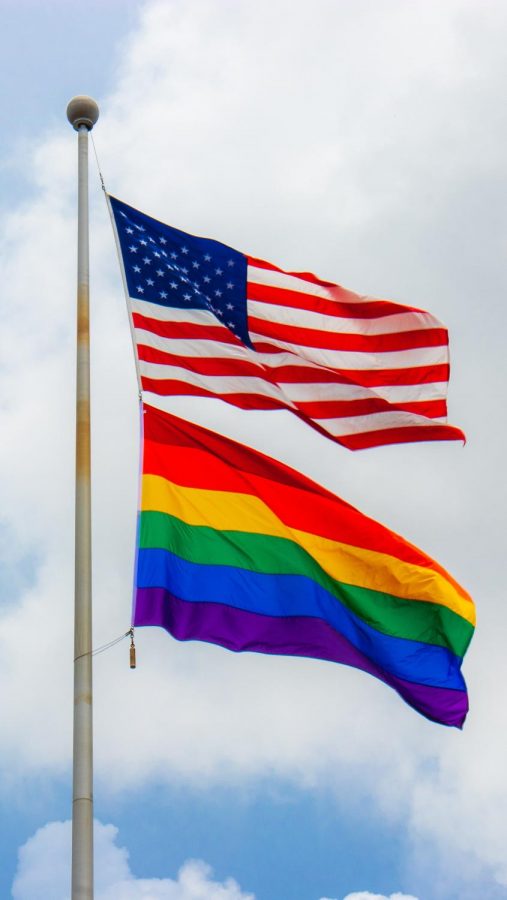 H.R. 5, better known as the Equality Act, has been in the news recently after passing in the House of Representatives. The bill, if passed, would amend existing civil rights laws to include and provide explicit non-discrimination protections in key areas of life. Some of the key protections include credit, education, employment, federally funded programs, housing, jury service, and public spaces and services.

Across the U.S, 29 states lack LGBTQ+ nondiscrimination protections which prevent discrimination based on sexual orientation and gender identity. According to the 2012 census, more than 3.7 million LGBTQ+ people live in those states. If the Equality Act is signed into law, it would provide equal protections for all individuals within the community

Ohio is one of the many states throughout the country that  lacks important LGBTQ+ antidiscrimination laws. Ohio is also a state that has LGBTQ+ panic defense laws that allow an attacker to claim that a victim’s sexuality or gender identity explains and excuses an assault. While the Equality Act does not ban LGBTQ+ panic defense laws, if passed, it would pave the way for passage of further LGBTQ+ protective bills, like Senator Ed Markey’s Gay and Trans Panic Defense Prohibition Act.

“[The Equality Act] is people being closer to having equal rights, which is very good and very important because all people deserve equality,” sophomore Olivia Cramer says. Cramer says that, if passed, the Equality Act would benefit many of their friends.

“The Equality Act recognizes the injustice that LGBT people have been facing and it’s just trying to do something about it,” junior and Gay-Straight Alliance President Ellyse Tillyer says. “A lot of people don’t recognize things like where certain slurs come from, like gay men being burned, and gay people were killed in the Holocaust and I don’t think people realize just how drastic [anti-LGBT sentiments] can get.”

However, some conservatives are worried about the constitutionality of the bill because of religious freedom. Senator Mitt Romney sided with most of his Republican colleagues, saying he would vote against the Equality Act because he believes it violates religious freedom according to LGBTQ news source Washington Blade.

American History and Government and Politics teacher Mr. Deeken says the court case Lemon v. Kurtzman is important when testing the constitutionality of the Equality Act.

In this case, a few Pennsylvania and Rhode Island citizens claimed their respective state’s statutes providing state money to private schools was unconstitutional and violated the separation of church and state. The Supreme Court, in an 8-1 ruling, sided with the appellants and established the Lemon test as a result. The Lemon test is a three-pronged test for any government legislation to pass. The bill must have a secular legislative purpose, its principal or primary effect must be one that neither promotes nor inhibits religion, and it must not allow excessive government entanglement with religion.

“The Equality Act appears to be secular in purpose,” Deeken says. “The United States has historically done this, where it provides protections to a protected class of citizens, in this case LGBTQ people.”

Deeken further explained the Equality Act through the lens of the Lemon test. “The second part of the Lemon Test, I think, is where some people might oppose the [Equality Act], but it doesn’t seem like it’s inhibiting or advancing any type of religion in the text,” Deeken says. “Churches are a private entity, so they’re not necessarily going to be affected unless they’re a parochial school, and need to provide separate changing areas or restrooms for any students who feel like they need a third option or a different option.”

However, Deeken says that parochial schools may be able to avoid providing additional bathrooms for individuals who identify as nonbinary or transgender because of their association with the Church.

The Equality Act passed the House of Representatives with a bipartisan majority (224 to 206) on February 18, 2021 and is waiting to be presented to the Senate. Although the Senate is currently controlled by Democrats, because of the razor-thin split between Senate Democrats and Senate Republicans, a filibuster could stop the passing of the Equality Act.

Despite possible legislative hurdles, the LGBTQ+ community still stresses the urgency of the Equality Act. “We’re here, we exist, [our identity] isn’t something that we get to choose, so let us live our lives the way we want to because  we don’t have  another choice,” Tillyer says. “You can only hide for so long.”